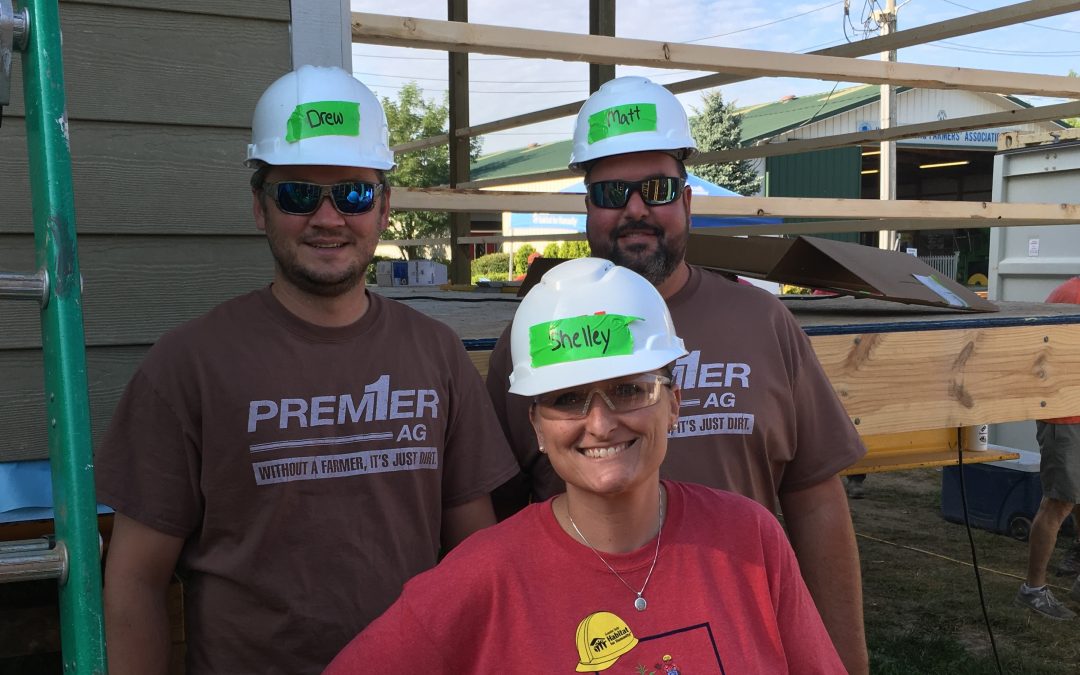 “When you go back to the whole reason cooperatives were formed in the 1920’s, it was because farmers were struggling to get the things they needed,” said Harold Cooper, CEO of Premier Ag. “They couldn’t get fertilizer on time. When they did get it, it was overpriced. Feed might have feathers in it. They had trouble getting equipment. On Feb. 9, 1928, the first county co-op in Decatur County, Greensburg, Ind., was formed. The whole notion was that we couldn’t achieve on our own what was required. But if we banned together we could have greater results. We have that in common with Habitat for Humanity.”