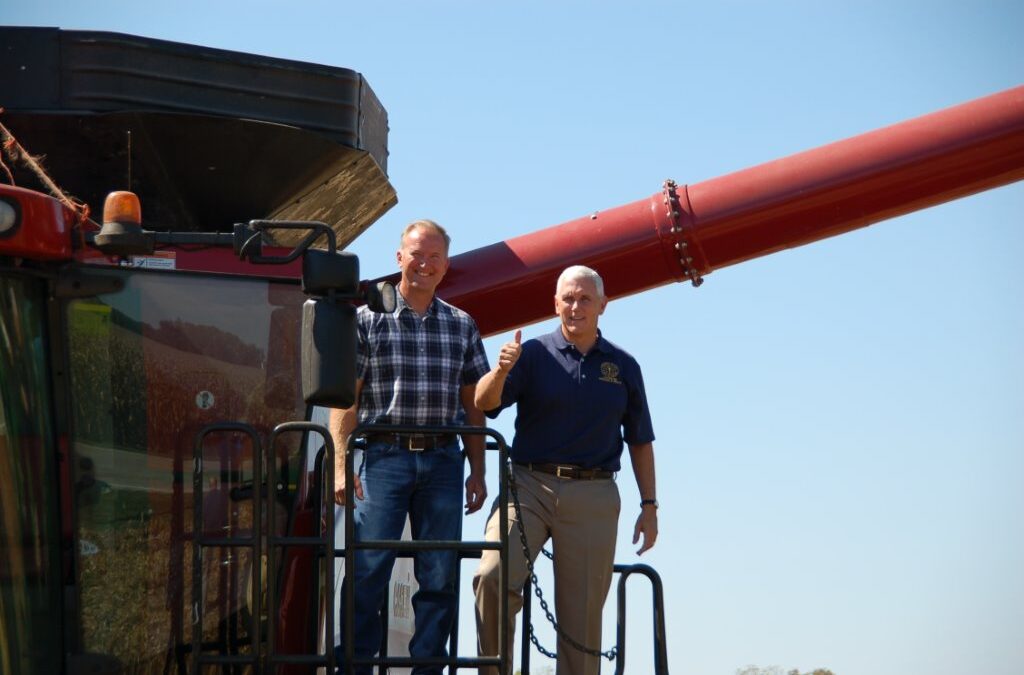 Pence met with Indiana farmers at a recent agriculture roundtable hosted by Premier Ag and the Indiana Department of Agriculture at the farm of Premier Ag customer David Stewart in Needham, Indiana.

Before answering questions from attendees, Pence spoke about the strength of Indiana agriculture.

“For 200 years Indiana has been a lot of things, but at our very core, past, present, and, let me say emphatically, our future, Indiana is agriculture. It goes to the heart of what it means to be a Hoosier,” Pence said. “It is extraordinary to think about the role agriculture plays in our state. It’s really part of a widening success story in Indiana and our economy, and we’re going to continue to work hard to build this industry.”

“I think the greatest contribution that you and your families make to the state has to do with the values of the farm. It has to do with what it is to be men and women of character, of integrity, hard work and resilience,” he said. “That’s not only how your grow crops, but how you grow a strong state and a strong nation.  Thank you for your example. Thank you for what farming is to Indiana and this nation.”